DMACK celebrated the end of an era in style when Ott Tänak set a final-day fastest stage time on the last ever FIA World Rally Championship event for its Chinese-made gravel tyres.

Tänak and co-driver Raigo Mõlder scored a series of top stage times for the DMACK World Rally Team over the weekend and even staged an early challenge for the overall rally lead at this weekend’s Rally Argentina.

Over 65,000 eager rally fans crammed into the 16.32km El Condor – Copina stage today to witness Tänak beat the world’s best – even with an intense final day battle for the rally victory going on around him. Conditions were some of the toughest of the weekend but, despite the disadvantage of running first on the road, DMACK’s DMG+2 gravel tyre excelled in the soft surfaces.

Tänak went a full three seconds clear at the top – the stage victory was DMACK’s first since 2012 when Evgeny Novikov topped the time-sheets at Rally de Espana.

Tänak and Mõlder had already set the stages alight over the weekend and were consistently the fastest Ford crew in their Fiesta RS WRC. They were on the pace from the very first blast through the streets of Cordoba on Thursday evening after setting third fastest time to hold an overnight position just 0.1 seconds adrift of the lead.

Their run continued on Friday when crews headed south for a loop of stages around the Santa Rosa valley. However, after completing stage four with a broken alternator belt and making extensive repairs after the finish, they were unable to make it to the next test – their Fiesta grinding to a halt on the road section.

But they returned on Saturday to stage a remarkable comeback – jumping six places up the leaderboard as they stormed through the rocky roads around host town Villa Carlos Paz. An inspiring drive today over the lunar landscape at El Condor saw them top the time-sheets to maintain both their and DMACK’s championship challenges.

The fourth round of the world series took DMACK to the only South American round of the championship, home to the firm’s best ever WRC result of fourth in 2012. Its DMG+2 tyres have traditionally performed well in the soft, sandy surfaces but it’s all change for the future as part of the company’s drive to attract a manufacturer team for next season.

Since becoming an official tyre supplier to the WRC in 2011, DMACK tyres have been designed in the UK but manufactured in China. However, all future WRC tyres will be made in the UK in a bid to ramp up both development and performance and mount a serious challenge to Michelin and Pirelli.

Dick Cormack, DMACK managing director, said: “This event marks the end of an era for DMACK and the start of an exciting future for us. It means a lot to everyone involved to score a fastest time – proving our tyre can compete with other manufacturers on the same cars. We’ve been working hard on development and I’m confident we can give Ott the products he needs to demonstrate both his and our ability during the rest of the season. The WRC is a fantastic platform for us and we really enjoy the intense rivalry and competition it provides.”

Ott Tänak said: “It was disappointing to retire on Friday but we had a really good weekend here in Argentina. I was pushing hard everywhere I could and the times showed, we were fastest Ford in the stages. I really enjoyed the rally, it was great fun and amazing to see so many fans on the stages. Now, with the new tyres coming for Portugal, I’m really motivated and looking forward to that event.” 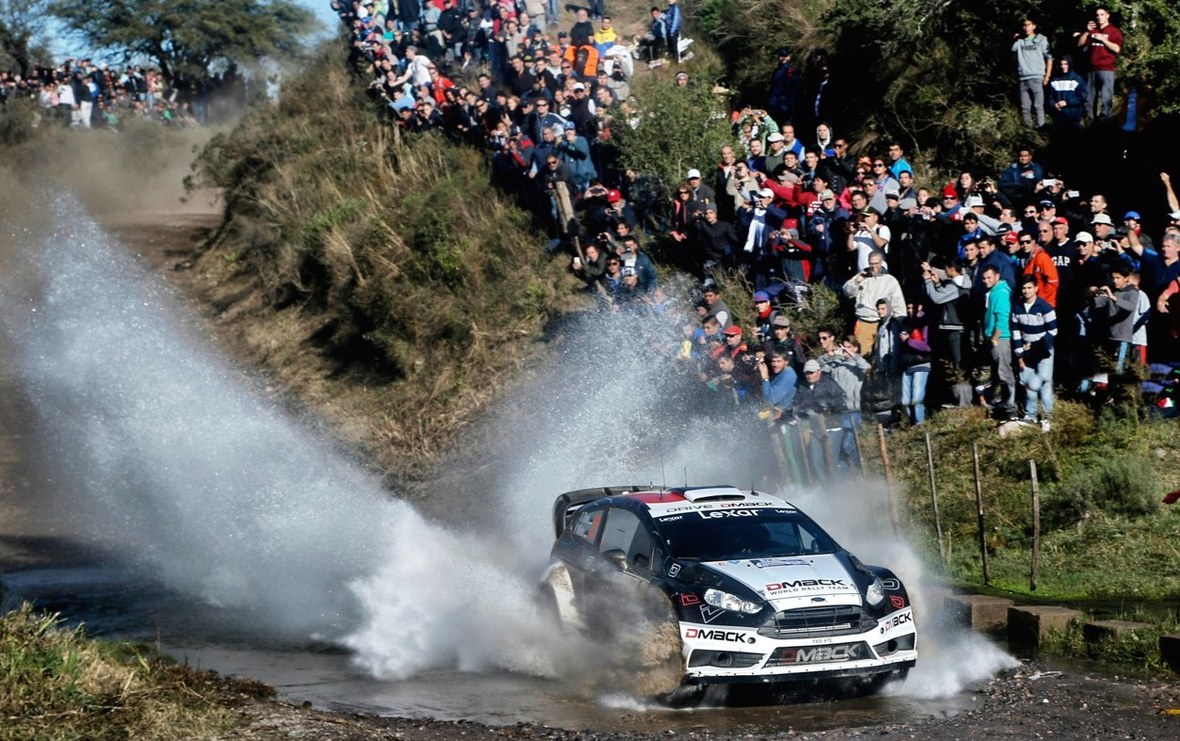